The term “cosplay” is short for “costume play”.  It’s a hobby where people dress up as a fictional character, making their costume as authentic as possible.

How did cosplay come about?

Cosplay was first seen at the first Worldcon (science fiction convention) in the USA in 1939. The science fiction writer Forrest J. Ackerman wore a self-made costume there, which was inspired by the film "Things to Come".
The first anime / manga inspired cosplays took place in the USA after the 1970s. In Japan, cosplay only became popular in the 80s thanks to film director Nobuyuki Takahashi. He visited the Worldcon in 1984 and was so impressed by the cosplayers that he reported about it in Japan in the magazine "MyAnime".
In the 90s, there was a boom in anime and manga in Japan, which made cosplay more and more popular.
Nowadays, cosplay has become a popular hobby all over the world. The USA and East Asia are the frontrunners; in Europe, the countries France, Italy and Great Britain in particular have a large cosplay community.

What do cosplayers do?

In contrast to fancy dress costumes, cosplay dress up is about dressing up as a particular character and according to a specific design.  A big part of this hobby is to make as much of the costume yourself. Naturally wigs and contact lenses are hard to make yourself and are therefore often bought ready-made. Whole ready-made costumes can also be bought to be worn as they are or to be enhanced. 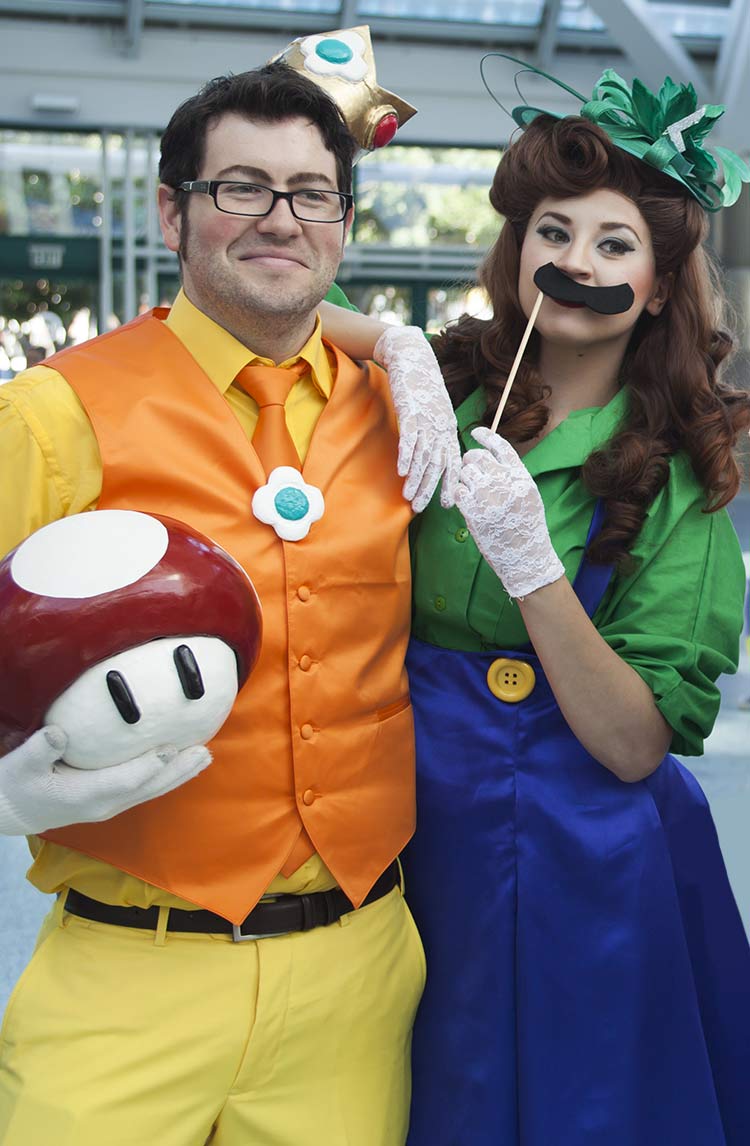 Cosplay is about perfectionism and the goal is to look as similar to the original as possible. To this end, cosplayers put a lot of time and effort into the making of their costumes, as well as plenty of attention to detail.

Why do people do cosplay?

First and foremost, it is a creative hobby for all ages that is fun and connects people. You can cosplay alone, but you can also work on a costume in pairs or in groups. It's even more fun in a group.
Most people do it as a hobby, but there are also cosplayers who compete in national and international competitions. Some cosplay stars are invited to TV shows or dub characters and are particularly popular on social media. In Germany, for example, Anni the Duck is a very popular cosplayer.

Can you earn money with cosplay?

There are plenty of ways to make money with cosplay:
- Sell old cosplay pieces
- Sell cosplay photos
- Make costumes for others
- And more

Cosplay costumes are rarely worn in everyday life, but rather at trade fairs and conventions. Some also make their costumes especially for cosplay competitions, which often take place at conventions. As an example, the biggest conventions for cosplayers in Germany are the following:

What are the most popular cosplay costumes?

Although Germany has a large cosplay community, it is still relatively difficult to get good and high-quality costumes there. Many shops deliver from abroad or only offer cheaply made costumes and accessories. Cosplaying is a rather expensive hobby and cosplayers are willing to pay good money for nice high-quality pieces in order to depict the character as faithfully as possible. This offers sewing artists the chance to sell quality costumes and accessories to cosplayers, benefiting both parties.

How can you personalize cosplay costumes with Wunderlabel?

To make homemade costumes look unique and professional you can personalize them with labels and hang tags from Wunderlabel. Simply use the online configurator to design your labels or hang tags with a text or logo and add the finishing touch to your handmade costumes and accessories!